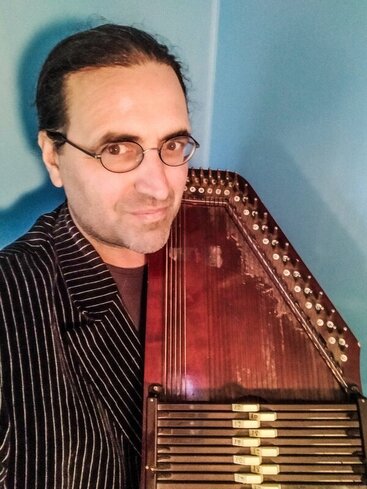 THE BRIEF BIO
Artist, musician, photographer born in Sydney in 1973.
Studied visual arts at Meadowbank TAFE and the Canberra School of Art.
Frontman of the Spirits of the Dead band.
Music photographer.
Poster designer for bands and theatre shows.
Record, book and movie collector.
​
THE LONG STORY
I was born in Sydney in 1973. Lenz isn't my original last name. I took the name from a novella by George Buchner. For marketing purposes, i.e. getting people to gigs, I found my actual last name, Crnkovic, was too difficult. Australians couldn't spell it, say it or remember it.

My mother and father met when they were at art school at East Sydney Technical College. They were often drawing or painting when I was growing up. My mother would go out on painting trips with a group run by her old teacher, John Santry, I'd sometimes tag along. While they were painting pictures of Sydney Harbour young me would be drawing pictures of Doctor Who, in fact my first ever sale when I was about 10 was a painting I did of Jon Pertwee as Doctor Who. One of my father's Labor Party friends bought it. My uncle was a well known actor in Croatia, sometimes his films would screen on SBS, and these days my sister makes a living as a church organist. So, the arts have always been in my family, and it seemed a natural thing to pursue.

As a kid all I did then was draw. Later, when I was about 15, I started taking photography seriously, and I started making music when I was 20. To me all the arts are the same, just different aspects of the one process.

I studied visual arts at Meadowbank TAFE and the Canberra School of Art. I majored in Photography at both institutions but I also did painting and life drawing. Drawing is a great backbone to any arts practice. All up I did 5 and a half years at art school. I had some great teachers at both schools who I learnt a lot from people like Jocelyn Maughan, Robin Norling, Tony Deguara, Stephanie Valentin, Brandt Lewis, Arthur Lawrence, Ante Dabro, Martyn Jolly, Denise Ferris and Helen Ennis.

One of the people I learned most from was my friend Jon Lewis. He used to be part of the Yellow House and was a fantastic portrait photographer, one of the best.

I've performed my music as a solo artist and with my band, the Spirits of the Dead, in many places in the Eastern states of Australia, primarily Sydney, Canberra and Melbourne. I've also performed at festivals such as the National Folk Festival and the Majura Festival. My music has been played on ABC Radio National, Triple J, ABC 666, Art Sound, Rtr FM and 2xx FM. I don't know how to describe my music, it's a mix of styles, folk blues, rock and roll, sometimes trad jazz, calypso, and other styles. I like different sounds and in my recordings I've made use of all sorts of instrumentation - guitar, violin, viola, cello, sitar, toy piano, melodica, harmonium, banjo, glockenspiel, marimbas, and so on. I've had the pleasure of working with some fine musicians - Phil Moriarty of the Gadflys, Mikelangelo of the Black Sea Gentlemen, Cazzbo Johns of the National Junk Band  and Opera Australia, blues harmonica maestro Jim Conway of Captain Matchbox, violinist and saw player Emma Jasmine Kelly (Happy Axe), jazz double bass player Gareth Hill, pianist and film composter Munro Melano, and film composer/record producer Geir S. Brillian to name a few.

My greatest obsession is cinema. I love how it is a synthesis of all art forms. I love movies of all genres, from all over the world and from the entire history of cinema. Over the years I have been involved in programming films for film groups like the Big House Film Society (which I co-founded with my friend, Roger Westcombe) and for the Canberra International Film Festival.

As a day job I work at the National Library of Australia. The NLA is a great place for me to work since I love books and the people I work with are great too. When I first started there I was doing quality assurance of digitized newspapers that were going up on Trove. While doing that job I saw hundreds of thousands of pages from old newspapers and got to read quite a lot of the old news articles which was a great job for an artist. Now I work at the library as a reader's assistant which I enjoy a lot. In the past I've worked at the Australian War Memorial and The National Museum of Australia as an art handler. In my work as an art handler I had the opportunity to see some great art work up close, works by Ivor Hele, Will Dyson, Otto Dix, and so on and I once handled one of my favourite paintings, William Dobell's the Billy Boy, when we were removing it from the wall so that the frame could have some work done to it. To hold that painting in my hands and to be able to study it closely was a real buzz.

As well as all that I'm an obsessive collector. At home I have over 2000 albums on vinyl and another 1000 on CD, 2000 movies on DVD, over 10,000 books plus comics, film scripts and other paraphenalia. It's a good personal library/archive. There's always plenty to read or watch, there's always some thing to study or learn from, I never get bored. People always ask about influences, "who are your influences," that sort of thing. I always wonder "well, how much time have you got," because really, there's a long, long list of artists I love and it's hard to say which have influenced me and who haven't. And anyway, everyone is an influence in one way or another.

Looking at the future, I intend to keep making music, art, photography and little films until I shuffle off this mortal coil. I'm looking at hopefully making a book of my photography soon. I also have plans to make a feature film, Red Dirt Timescape, a violent steampunk spaghetti western involving three characters, a McGuffin and buckets of blood. 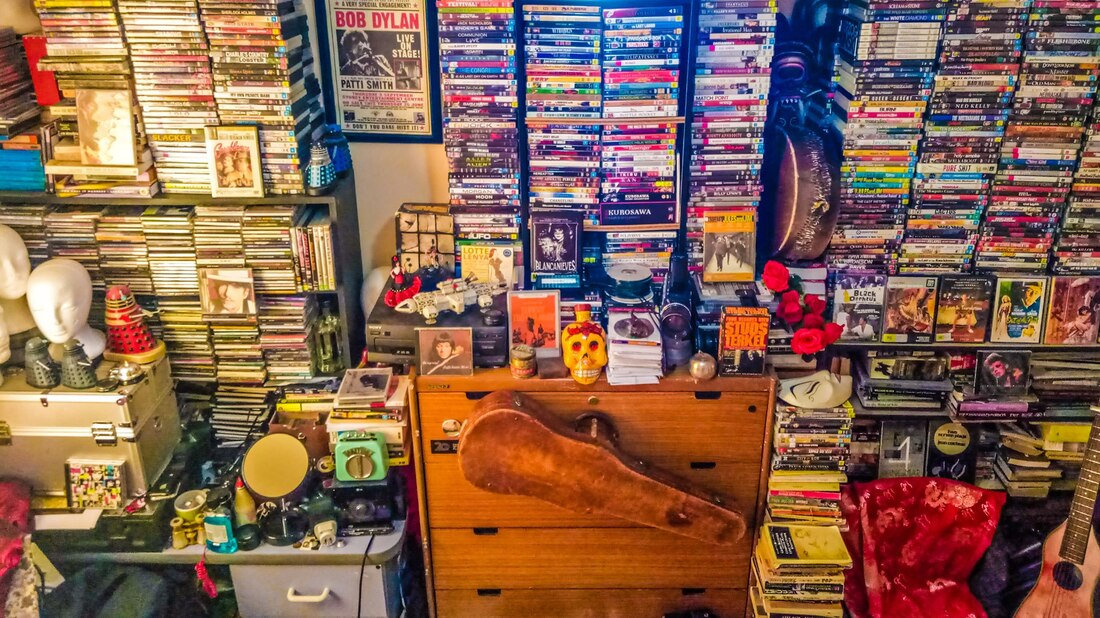